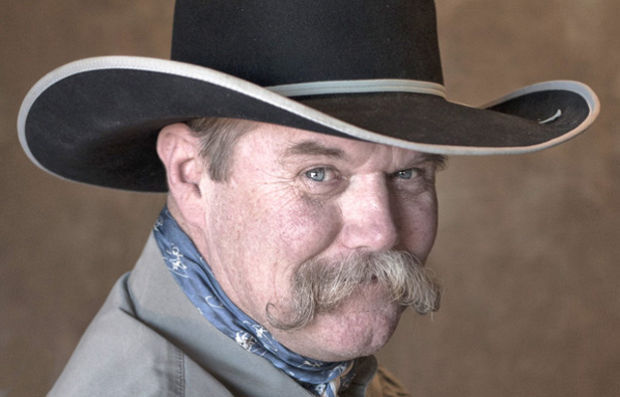 as originally published by Elko Daily

Fifteen facts you should know (and a little commentary you should probably hear):

1. Regulation without representation is tyranny.

2. The first amendment guarantees Americans the right to be represented in the making of regulations they will live under.

3. Private citizens have no representation in the regulations that the BLM writes,enforces and ultimately will judge disputes, yet we are forced to obey. Some of those regulations have grave effects on states, communities, business and private citizens.

4. The very nature of a bureaucracy is to grow. Commentary: The BLM has grown out of control. They used strong-arm tactics; armored vehicles, agents in fatigues, helmets and full body armor, automatic weapons, attack dogs, Tasers, you get the point, to collect on a debt of … money … they claimed is owed by the rancher Cliven Bundy. Cliven Bundy has no criminal background, but does happen to live on a piece of ground his family has lived on for a century. The BLM wants that piece of land for the privately owned water rights. Not to protect a tortoise. Not to improve the range. All this through no “law of the land,” but through BLM regulation, regulation they wrote.

6. The BLM is willing to kill Americans to collect on a debt of … money … not stolen from anybody, not earned by them, just billed by them because they wrote a regulation. Commentary: Wayne Hage, the Dann sisters, Raymond Yowell, Laney and many others who were raided and had their livelihoods stolen, never have presented a threat to national, state, county, city or citizens safety. I know the “willing to kill” thing might sound harsh, but when you have an army of uniformed thugs, body armored up with automatic weapons warning through a bull horn, if you come any closer, we will shoot, qualifies as showing a willingness.

7. The Bureau of Land Management is overseen by a man who has, admittedly, no background or education in land management, but is a relative of Harry Reid’s.

8. Harry Reid said the President is just a black man with a white man’s accent, then called the targeted Bundy a racist for using the word “negro.” Commentary: as far as I know the word “negro” is not now nor ever has been the “n” word. It was the word of choice in the black community of Cliven and Harry’s generation.

9. The BLM and USFS have systematically put American citizens out of business, stolen private property, water rights, and land with no restitution to their victims and no accountability. Commentary: I guess they want more private property to add to the 90 percent of the land in Nevada, and the other huge percentages of federal lands in the other western States, they already rule over.

10. The BLM lost an important case in court for the very scenarios and tactics they are still employing. They have the use of all the government lawyers they want, that we taxpayers pay for. They stalled the court proceedings in the Wayne Hage case for over 20 years with our tax dollars, of course, created false evidence and bankrupted families that were stuck in the black hole of the legal system. They committed perjury, yet with all their shenanigans, when it finally got to an unbiased court they lost the case. Wayne Hage fought the tyranny the last third of his life but died broke before the ruling came down. Commentary: The BLM was chewed on and chastised by the judge for way overstepping their powers, falsifying evidence, lying, stalling and ruining lives. The judgement against the BLM was for over $1.6 million of our tax dollars. Even with that, no government employee was ever held accountable. Ganders have it made, if you think having it made is being one who would help turn America into a police state.

11. In over three years since the ruling and judgement the BLM has not paid one cent of the court-ordered restitution to the affected family. Commentary: What do you think would happen if the family that’s owed over a million dollars by the BLM would get an army of thugs and go after the BLM employees, intimidate their neighbors and family and steal their private property? Oh yeah, the goose and gander thing again.

12. The BLM and the USFS have proven, since their inception, their inability to perform the purpose of their very existence. Commentary: that being the management of the federal lands, animals on that land and multiple use. Studies show the land is less productive and is in worse shape than when the agencies began to aggressively “manage” things and has a two-thirds loss in productivity. The feral horse issue has become ridiculously expensive, is detrimental to the land and is an inhumane nightmare. Multiple use has fewer “multiples” in the equation. They’ve closed hundreds of miles of public access roads, closed off millions of acres to the public, let millions of acres burn through poor management. Those burns have led to thousands and thousands of acres eroding and washing away.

13. American tax dollars keep paying for the benefits and raises that the underachieving, over aggressive and overpaid agencies give themselves. Commentary: Here is how they manage their (our) money — the BLM budgeted six million dollars to go collect on a $1.3 million disputed debt. Let’s see, that’s spending six dollars to collect one dollar and thirty cents, which is a four dollar and seventy cent loss, times a million. Good plan BLM. Makes us feel good about all the other billions you spend. Seventy-five percent of that disputed bill is interest and penalties that only the government could get away with charging. If you tried that extortion the same government would arrest you. Oops, the goose thing again. Now, why, if they thought what they were doing was forthright would they come backed by an army? In the same light, why would so many people come to stand against tyranny?

13. American tax dollars keep paying for the benefits and raises the underachieving, over-dominating agencies give themselves. Commentary: while we ride the hard times out. Goosie Goosie.

14. The BLM has recently kicked ranchers off allotments that are 56 percent privately owned by the ranchers, yet they have no say on how it’s used. Commentary: and for reasons real range management experts disagree with the BLM on. In fact, the real experts would suggest the lands have use to reduce fire fodder and many other reasons. Oh yeah, all the water rights on said allotment are privately owned by the rancher. One especially pompous, high-pocketed BLM bureaucrat, who is way too big for his britches, ignored the real land manager’s advice and wielded his undeserved, unearned, unqualified and unelected power and ordered the removal of the cattle from the allotment which would essentially put three established and well respected families (Tomeras, Filippinis and Mariluches) out of business with no restitution or recourse. With the ranchers gone, the BLM can get a hold of more private water rights. Once again, water rights are the real reason. Not range health. Then, this sorry, wannabe important bureaucrat will get transferred to another area to ruin more lives and move the government closer to full control. A governor, two county commissions, sheriff and huge number of citizens who all want to get rid of one inept, blundering bureaucrat, found they couldn’t. Why? Cuz he’s a bureaucrat. Private citizens of this nation are held accountable for their actions, productivity and honesty when someone who couldn’t make it in the real world has proven to be terrible at his job, but works, no, is employed by the government, can’t be fired by the people that pay for his paycheck. That dern goose and gander yet again.

15. The BLM and the USFS feed the spin to the press that the BLM and the USFS want America to hear. Commentary: and seldom the truth. Whatever happened to the spotted owl that they made such a big deal about? That little bugger put industries out of business, displaced families and cost this country billions. All for their lies. A generally astute TV commentator/comic, Bill Maher, matter of factly, naively and obviously uninformed of the facts, labeled Bundy a redneck extremist and blew off the story. Some weeks later he did a long monologue, quite well I should add, on how law enforcement was going way past the bounds a people in a free society should put up with or allow. Should we in the remote West be shunned of his and the nation’s dialog and concern because it happened in a less populated part of our country and Harry and his Feds could feed the spin they wanted you to hear? We didn’t have riots and looting, but we did have a dangerous stand-off with an out of control, police state, government agency. Our story should not have been squashed by Harry’s Reid’s political maneuvers and clout.

The people that came to “Bundyville” are not a few loonies that always show up.” We are not “redneck extremists.” We are hard-working, tax paying Americans of both parties, different nationalities, denominations, religions, varied ages, both sexes, productive and concerned citizens, doing something about our obligation to stand against tyranny. Don’t forget, over 90 percent of the State of Nevada is federally owned. Who would you imagine swings the biggest stick on the playground? Does that seem right to you? On any level?

Ferguson, Missouri, got much attention so people were kept abreast, real time, of the goings on. We watched as people rioted and looted businesses. Reporters actually try to get to the roots of the stories. America demands accountability. The live interviews, commentary and images help them come to conclusions. All would not agree, but all would have an opportunity to see both sides. Why? because people wondered and wanted to know if it was just an excuse to riot and loot, or if law officials stepped over their given powers and used excessive force. Sound familiar? The story is unfolding under the watch of Americans and you “can bet yur flannins” there will be people held accountable for wrong-doings. You see, they don’t work for the government. Goose goose.

I would love the American people to actually see and be told both sides of all the real stories of BLM and USFS abuse of power. I have no doubt a high percent of Americans would be appalled at the blatant bullying our federal agencies have made common practice. Americans have let the BLM go on with their Gestapo attitude and unwarranted force because we would rather believe the sound bites we are fed by the Feds than come to the realization our government could be that corrupt. We all know how well our government agencies perform their duties, don’t we? The BLM and the USFS must be good, right?

We don’t want to believe there is such a thing as inefficient, corrupt or inept government agencies or politicians, no matter how many times a year a corrupted and overstepping agency or politician, is a lead story on the news. Even with all the proof that the BLM and USFS possess all three of those foul traits, (ineptness, ineffectiveness, and being corrupt, not to mention the waste of billions and billions of our taxes) the BLM and the USFS must deserve our benefit of the doubt, right? Come on, get real. We let them continue because we can’t fire them. Don’t forget, they make the rules. Plus, we can’t fathom this kind of goings on in this country. We can’t conceive of and don’t want to believe it could really be happening in the United States, but from those of us who have seen it firsthand, believe it. Good folks of America, it is really happening!

A Coalition of Ranchers Protects Habitat, At-Risk Species, and a Way of Life2 min read