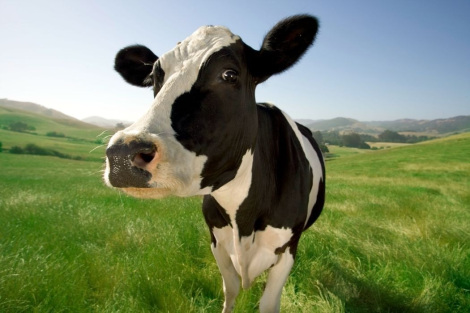 With cattle grazing on public lands in the news, it might make a person who hasn’t been out on the Western range wonder what all this fuss is about. What is all this public land? Why do ranchers have cattle on it? Is this grazing helping or hurting the environment?
In addition, are cows really happier in California? Are they happier on public land in California, or private land?
To try to answer these questions, we have to go way back in history to the Old West, complete with cowboys, cattle drives and ten gallon hats. Now a lot of what was considered to be the “West” was settled by homesteaders and farmed. This worked well in areas like eastern Nebraska. However, farther west, places like Wyoming and Arizona had vast stretches of country that couldn’t be farmed, so instead people grazed cattle. Some of this land became privately owned, while other parts of it were treated as open range, free to graze by the public.
Now, unmanaged, free-for-all grazing was a bad idea. We see that even today in places like sub-Saharan Africa where land is held in common; the constant overgrazing leads to desertification. Because the ranchers of the west hated the damage that was being caused, they worked with Congress to pass the Taylor Grazing Act in 1934, which set up a system to manage grazing on public lands. This system worked, and the ecosystems of the West improved.
Even today, grazing on public lands is beneficial. Well managed grazing increases wildlife diversity and populations, controls invasive weeds and reduces the risk of wildfire. And doing these activities through using local ranchers decreases costs for the taxpayer. The Public Lands Council estimates that ranchers managing public lands save the Bureau of Land Management, the federal agency that manages much of the public land, $750 million each year. This doesn’t include that land managed by different federal, tribal or state agencies.
Money that can instead be used to feed horses, something else the BLM likes to do.
In addition, ranchers pay a yearly grazing fee. Although this fee is less than what it would cost to rent private pasture, one must take into account that in a private rental agreement, the landlord covers the cost of the fences, the water and conservation activities. With public land leases, the rancher covers those costs, which makes the cost between a public and private lease equal.
To me, the most necessary action that grazing on public land performs is to preserve the health of our western ecosystems and the wide open, undeveloped spaces they offer. Cattle have taken the place of the buffalo that were a part of this environment. While buffalo are pretty cool, we have the science and the experience with beef cattle to manage grazing the most precisely. With appropriate grazing management, native plant and animal life can thrive, and the western landscape can stay as awe-inspiring as it always has been.
–Jake
Published with permission courtesy of https://thecowdocs.wordpress.com/2016/02/22/how-is-grazing-public-land-beneficial/
https://thecowdocs.wordpress.com/2016/02/22/how-is-grazing-public-land-beneficial/
Tweet