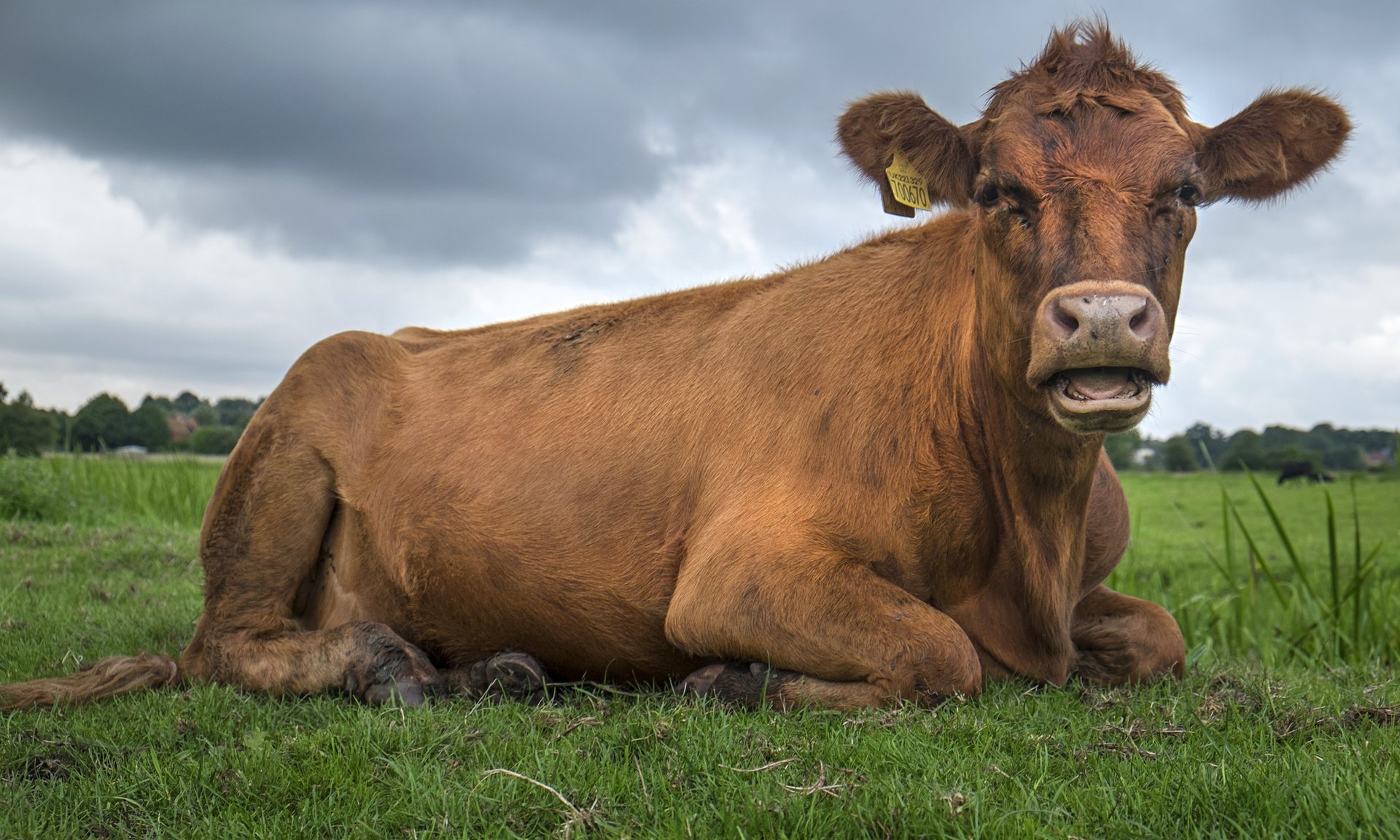 In his recent interview with Allan Savory, the high profile biologist and farmer who argues that properly managing grazing animals can counter climate chaos, George Monbiot reasonably asks for proof. Where I believe he strays into the unreasonable, is in asserting that there is none.

Savory’s argument, which counters popular conceptions, is that more livestock rather than fewer can help save the planet through a concept he calls “holistic management.” In brief, he contends that grazing livestock can reverse desertification and restore carbon to the soil, enhancing its biodiversity and countering climate change. Monbiot claims that this approach doesn’t work and in fact does more harm than good. But his assertions skip over the science and on the ground evidence that say otherwise.

Soil scientist, Dr Elaine Ingham, a microbiologist and until recently chief scientist at Rodale Institute, described how healthy soil, the underpinning of civilization throughout history, is created in interaction between grazing animals and soil microbiology. Peer-reviewed researchfrom Rodale has shown how regenerative agriculture can sequester more carbon than humans are now emitting. Scientists, as well as dozens of farmers, ranchers and pastoralists from around the world, describe how they are increasing the health of their land, the carrying capacity of it, its biodiversity, and its profitability, all while preserving their culture and traditions.

How much carbon can be sequestered in properly managed grasslands and how fast? We don’t know, but we do know that massive carbon reserves were present in the ten-foot thick black soil of the historic grasslands of the Great Plains of the US. We know that the globe’s grasslands are the second largest store of naturally sequestered carbon after the oceans. They got that way by co-evolving with pre-industrial grazing practices: sufficient herds of native graziers, dense packed by healthy populations of predators.

It’s reasonable to call for more research on whether properly managed grazing offers people a way to take carbon from the air and return it to the soil where nature intended it to be. What is not reasonable, is attacking without at least also citing the peer-reviewed science that backs up Savory’s assertions.

Claims that Savory’s approach has been discredited in the academic literature are based solely on two papers, one of which Monbiot cites. Both have been countered in academic and professional literature by papers which find that Savory’s method meets the claimed ecological, economic, and quality of life enhancing goals. It improves grass density, soil moisture, soil bulk density, standing crop biomass, and soil organic matter, an indicator of increases in soil carbon.

Monbiot’s claims that Savory’s approach does not work will come as a surprise to the best-known practitioner of the approach, Joel Salatin of Polyface Farms. Salatin was made famous in UC Berkeley journalism professor Michael Pollan’s book Omnivore’s Dilemma, which explores his success using Savory’s approach. Salatin explains how Savory’s approach enabled him to turn an uneconomic farm into an operation that now supports 35 prosperous agricultural ventures. From selling grass-fed beef and pasture-raised eggs to health-conscious connoisseurs and teaching interns how to replicate its successes, Polyface Farms is leading an agricultural revival.

I can attest from personal experience that Savory’s approach works. I used holistic management several decades ago on a thousand acres of ground taken out of cattle production for 20 years and let to degrade, erode and be overrun by noxious weeds. Its owners believed that resting land would increase its health. This may be true of intact wilderness. But it is demonstrably not true of most of the planet’s agricultural lands, now rapidly releasing stored carbon, nitrogen and other gasses, worsening global warming. Conventional agricultural practices strip the soil of nutrients and life, leading farmers to use expensive, chemical intensive substitutes, which in turn worsen the global warming. In our case, we restored cattle to the ground, managed as Savory advised, and within two years watched the water table rise, wetland plants returned and the economic value of the property increase.

In Australia, for profit company Sustainable Land Management says it has more than doubled stocking rates of cattle over historic rates on seriously desertified Australian range, achieved superior weight gain, doubled plant diversity, restored the grasslands, while buying no feed, even despite severely deficient rain. The land management company is attracting foreign investment to a region of Australia hungry for economic development.

In the American heartland, Grasslands Llc is practicing the same land stewardship, healing grazing land and rural communities. On properties such as the Hana Ranch on Maui, Savory’s approach is making farming economically viable. Patagonia, the clothing company committed to environmental responsibility, has partnered with Ovis XXI and the Nature Conservancy to regenerate the grasslands of Patagonia using holistic management.

As someone who lies awake at night wondering if what works in practice can possibly be true in theory, Monbiot might do well to adopt Savory’s mantra: always assume that you are wrong, test for that, and then revise your approach appropriately. Allan Savory has done this for decades, subjecting his methods to the discipline of the marketplace, his suggestions to science and his ideas to the relentless scrutiny of people who make their living from their land.

If Monbiot is serious about informing and educating his followers, he might do well to educate himself first. I’d invite him to come out on the land, see with his own eyes and learn from those who are healing grasslands while producing food, fibre and community prosperity. Savory’s network would be more than happy to once more make themselves available.