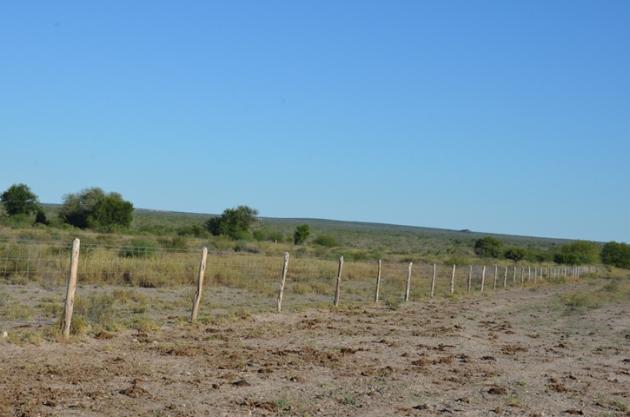 My family and I closed a chapter in our lives when we sold the last piece of our ranch just outside of Midland, Texas. My grandchildren were the sixth generation to have the privilege of taking care of that piece of the world. We are still ranching, but we have moved to McCulloch County, leaving behind good memories of the ranch and some bitter memories of facing a cadre of entities that had ideas how our land should be used.

For over a decade, we stood against pipeline companies wanting to run their easements across our property on routes that were to their benefit and not ours.

We felt that we had to stand with the city of Midland when the city leaders annexed parts of our ranch for the “greater good,” only to have our decision to sell parcels of the ranch blocked by the city and finally being able to sell at a third of the value.

We endured a merry-go-round of how that annexed land was zoned – from agriculture to light industrial to residential and back to agricultural because that land is at the end of the runway for a proposed spaceport.

We were told that if we fought the city too vocally on these zoning changes, in which we had no say, we would become known as greedy ranchers trying to harm the future of Midland. Any memories of the generations of support my family had given to the city and the area would be tainted or forgotten.

In a recent news article about the Texas Supreme Court again hearing the case of Denbury Green Pipeline-Texas LLC against rice farmers and ranchers James E. Holland and David C. Holland, the word “extortionist” was applied to ranchers who oppose the eminent domain powers of common carriers and attempt to stand up for what’s best for their land and their families.

It is a bitter and disheartening thing to hear your community of property owners being characterized as greedy, extortionist, short-sighted and unwilling to support the greater good, especially when the taxes paid by landowners go to fund many more public services than will ever be used on a ranch.

I recently testified in Austin about our family’s experiences with city annexation on behalf of Texas and Southwestern Cattle Raisers Association (TSCRA). As part of the TSCRA Eminent Domain and Surface Damage Working Group, which is overseen by the Property Rights and Tax Committee, I was able to tell our story to the Texas House Land and Resource Management Committee.

TSCRA leaders and members understand that open ranchland is not just a vacant commodity waiting around to be the resource on which someone else gets to overlay their “greater good” ideas.

We know the majority of ranchers and land managers see open land as the foundation for food production. Leaving a pasture undisturbed is as much a management technique as installing additional fence for a rotational grazing program.

I don’t know of any rancher who has asked for a city to annex his or her land and add city regulations to their already complex business model.

I don’t know of any rancher who has asked a common carrier to place an easement through the most productive parts of their property.

Yet, there is an entire culture of city government, urban planners, energy companies and others who are convinced their ideas for the greater good should be shouldered by the property owner with little, if any, due process, and with the lowest possible compensation.

This is wrong thinking and an insidious encroachment on your property rights. I am working with TSCRA members and staff to educate the public and present information to state elected officials.

TSCRA and a growing number of Texas-based organizations recently launched a campaign, “Texans for Property Rights” to provide meaningful reform to eminent domain laws. This coalition is holding a series of meetings across the state with members and non-members to discuss ways to strengthen private property rights.

You can visit www.texansforpropertyrights.com to find more information, view meeting dates, and share your personal experiences with eminent domain. I hope you will attend one of these meetings and visit the web site to help TSCRA with these efforts.

The 85th Texas Legislative Session begins Jan. 10, 2017. TSCRA sees a need to strengthen the rights of property owners in cases of eminent domain. TSCRA will also advocate for better processes that will give property owners proper notice and a say in annexation decisions.

I encourage you to share your experiences with eminent domain and city annexation with TSCRA. If you are not a member of TSCRA, I ask you to join to help strengthen our voice on behalf of private property rights.

By Gerald Nobles, Texas and Southwestern Cattle Raisers Association director, Property Rights and Tax Committee member Gerald Nobles is a fourth-generation rancher residing in Brady, Texas. He raises commercial Angus and Angus cross cattle in McCulloch and Midland Counties. He serves on the TSCRA board of directors and is the executive director of the Fasken Foundation.

A Coalition of Ranchers Protects Habitat, At-Risk Species, and a Way of Life2 min read