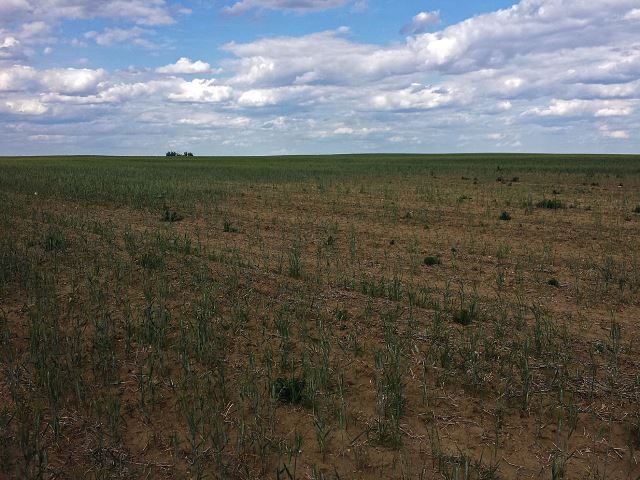 “Burn down your cities and leave our farms, and your cities will spring up again as if by magic; but destroy our farms and the grass will grow in the streets of every city in the country.” – William Jennings Bryan American agriculture is a perpetual crisis of farmers and ranchers fighting forces too big to fight alone. High foreign subsidies, tariffs and non-tariff trade barriers. Trade cheating abroad, the Environmental Protection Agency’s overreaches at home. The boll weevil and the freightliners 100 years ago; the sugar aphid, careless weed and fringe political action committees today. Sometimes there are two or three fights simultaneously—in the midst of a hurricane, drought or blizzard.
But American agriculture’s greatest crisis may be that the country is only seldom aware of these crises in the rural America.
Crisis is as common as cornbread to the farmer, who remains an optimistic pessimist. Optimistic about their ability to make a crop; a pessimist about factors beyond their control determining crop prices.
If democracy is, as Reinhold Niebuhr assessed, the practice of finding proximate solutions to insoluble problems, agriculture’s perpetual crisis is in ever need of solutions.
But there are moments of solution droughts in American history, droughts caused by lack of conviction or imagination, or both.
In these solution droughts, the American tradition has been for a leader to stand and mitigate crises in the countryside — leaders of various political and ideological stripes who shared Thomas Jefferson’s agrarian vision of a mutual fate for the countryside and the nation; leaders who called for total re-evaluation of agriculture policy.
In the mid-20th century, the U.S. Senate’s arch conservative Richard Russell of Georgia architect farm policy on the precept that “every great civilization has derived its basic strength and wealth from the soil.”
In the early 20th century, populist Williams Jennings Bryan boomed the “great cities rest upon broad and fertile prairies” and Republican Theodore Roosevelt argued the “inextricable interwoveness” of the nation’s interests to the farmer’s interests. Bryan and Roosevelt both echoed Jefferson a century earlier, “(Farmers) are tied to their country and wedded to its liberty and interests by the most lasting bands.”
Indeed, American history shows that agriculture policy isn’t red, nor is it blue. Rather, it’s red, white and blue.
But what of this century? What of today?
Today cotton policy assumes about 80 cents per pound; however, average world prices are around 70 cents. Just a dime’s difference brings the farmer of 3,000 bales a $150,000 shortfall—without a safety net.
Today other commodities aren’t far behind cotton’s crisis.
Today the loudest voices advocating policy re-evaluation at present are fringe groups, left and right, which imagine agriculture policy without a farmer.
The left wing back-to-prairie lobby, headed up by the Environmental Working Group, peddles a pretension of free-range chickens and organic gardens replacing the domestic food industry.
Simultaneously, the right wing markets-fix-everything lobby, headed up by the Heritage Foundation and articulated by U.S. Sen. Ted Cruz knows the invisible Smithian hand guiding agriculture markets is composed of Chinese, Brazilian and Indian interests. But Heritage and its articulators pretend food and fiber will be just as accessible and affordable when such basic national security items are handed over to foreign food cartels.
The left seeks to rid the prairies of overpopulated Joe Bobs in order to restore the buffalo.
The right’s think tanks claim eliminating farm programs will balance budgets and deficits; however, actual 2015 federal expenditures were as follows:

To say that eliminating less than half a percent of spending is an end-all to U.S. debt says more about the tank in which such thoughts are contrived than it does that claim.
Moreover, when 98-percent of American turn rows are family-owned, there’s a chuckle when the left and the right start sounding the same. Cruz sounds like U.S. Sen. Bernie Sanders (D – Vermont) and the Environmental Working Group, arguing that farm policy “fails to fully target assistance to those most in need” because it “subsidizes massive agri-businesses.”
While “massive agri-business” isn’t a defined term, as one west Texas cotton farmer of 8,000 acres (which may be “massive” by Cruz or Heritage terms) recently said, “I put in half a million to break even last year. Can’t do that again. Don’t know anyone who could.”
“I’ve served these tough men for over 30 years,” says a farm service equipment salesman. “But I’ve never seen this look of worry on their faces.”
To borrow from an old adage: the farmer farms the field, and federal policy farms the farmer.
Whether it’s unaffordable beef and grain missing from urban supper tables or a looming rural credit crisis rolling into the cities, what happens in the countryside, for better or worse, doesn’t stay in the countryside. A plight further compounded by a lack of voices speaking up for the mutual fate for the countryside and the nation.
If historic agricultural crisis is typified by debt acceleration, price drops and misguided federal policy, America is in the midst of such a crisis.
Lest grass grow in the streets of the cities, America needs leaders of today to make the country aware—once again—that the farmer’s plight is the country’s plight.
Read Part 1 Part 2 & Part 3.
Jay Leeson can be heard on West Texas Drive on KRFE AM 580 Lubbock, weekdays from 4:30-6:30pm. He is also founder and editor of MakeWestTexasGreatAgain.com. Follow him on Twitter at @jayleeson.