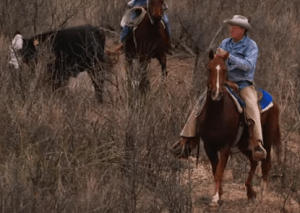 Bill McDonald is a recipient of a MacArthur Genius Award in recognition of his work with the Malpai Borderlands Group. Click to learn more.

In the high desert of southern Arizona and New Mexico, almost a million acres of important habitats and nearly 30 at-risk species are being protected and conserved by a coalition of ranchers known as the “Malpai Borderlands Group.” They manage from “The Radical Center” a term coined by one of the group’s founders, rancher Bill McDonald to describe a consensus-based approach to solving environmental challenges in the west.

McDonald describes their first meeting in 1991 like this: “We met to discuss what we saw as a deteriorating situation.  Cattle ranching in the West, especially grazing on Public Lands, was under attack and on the defensive.  Additionally, we were concerned about the future of the resource we depended on for our livelihoods.  The grasslands with some shrubs were moving inexorably to shrublands with some grass.  As individuals living on our remote ranches, we felt ill equipped to deal with all this.  It seemed as though the “dig in your heels” approach was doomed to failure, so we decided to embark on a different approach, to reach out to our critics and find common ground.”

This idea turned into conversations with environmentalists and scientists about their mutual concerns for the health and open space future of the land. It grew into the ranchers working with land management agencies on a comprehensive fire plan that would use fire to protect grasslands from brush invasion. And it showed the ranchers that by taking a leadership role in working with others they could protect the landscape and their way of life.

This video from the Western Land Owners Alliance takes you out on the land where ranchers, conservationists, and scientists are working together. As a result of their continuing collaboration and the leadership of the Malpai Borderlands Group, not only is the future of the jaguar, leopard frog, long-nosed bat and others more secure, so is the future of the ranchers whose livelihoods help maintain their habitats. We hope you’ll enjoy the visit!

Killing Cowboys: The Plan to Rewild the West5 min read