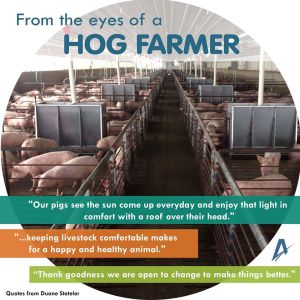 If you had cream in your coffee this morning or had meat for dinner last night, People for the Ethical Treatment of Animals (PETA) wants you to seek help for your “addiction.”

PETA supports a new group called Meat and Dairy Eaters Anonymous by providing sites for their meetings. The support group follows a 12-step program like any other addiction support group, except they are providing guidance on how to be vegan. They are comparing eating meat to being a drug or alcohol addict essentially, which is insulting to people who actually struggle with addictions that negatively affect their physical and mental health.

I think we all can agree that PETA is on the extreme end of the spectrum with their insane publicity stunts, but maybe you’re thinking this is just PETA and other animal rights groups really do care about animal welfare without wanting to stop everyone from eating meat.

PETA and other animal rights extremist groups like The Humane Society of the United States (HSUS), Mercy for Animals and Compassion Over Killing  have the same end goal: total veganism. This means no more cream in your coffee, milk in your cereal, cheese in your macaroni or grilled meat on the Fourth of July (or any other day for that matter). Sure there are meat and dairy substitutes, but do you really want to eat tofu, veggie burgers, soy milk and fake cheese the rest of your life?

The Alliance has tracked animal rights activity for almost three decades and has identified connections between the groups that illustrate how similar they are despite their differing public appearances. Our activist web shows the transfer of money and/or personnel between the groups and our top profile pieces include key campaigns and quotes to show their true agendas.

John “J.P.” Goodwin, the director of animal cruelty policy at HSUS, is one example of key staff members moving between animal rights groups. Goodwin was a former spokesperson for Animal Liberation Front (ALF) – one of the most extreme animal rights groups that exists.  ALF is known for acts of violence including property damage and threats all in name of “total animal liberation.”

HSUS is PETA in a business suit

HSUS is on Capitol Hill (literally in business suits) lobbying against animal agriculture while PETA advocates are standing on the front steps in fake blood demanding that people go vegan. This isn’t just a coincidence. HSUS and other groups rely on PETA and ALF to be crazy and obnoxious so that they seem level-headed and rational when in fact they each have the same goal of ending animal agriculture and meat consumption.

Animal rights advocates argue that it is impossible to care for animals and also eat meat, but that couldn’t be farther from the truth. Animal rights organizations are concerned about animal rights (treating animals as equal to humans), not animal welfare (making sure animals are well cared for). They will spread misinformation and use undercover video smear campaigns in an attempt to tarnish the reputation of hardworking and dedicated farmers and ranchers and make consumers uneasy about the food supply.

You can care about animals and still eat meat, milk and eggs

Animal welfare is a top priority for the animal agriculture industry. If it weren’t, why would there be so many industry programs and organizations dedicated to ensuring livestock and poultry receive the best animal care?

Animal rights groups will never be happy until meat and dairy products are off the menu for good and all animals are “free,” so the next time you think an animal rights group sounds rational and has the best interest of the animal in mind, ask yourself who is caring for that animal 24/7, 365 days per year – the animal rights organizations and activists or the farmers and ranchers?

Publish with permission courtesy of https://animalagengage.wordpress.com/2015/07/24/peta-may-be-crazy-but-other-groups-arent-that-different/