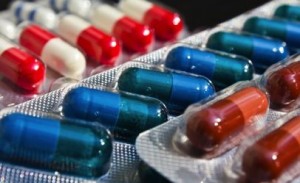 From what I have been reading lately, it appears to me that the next big fight over agriculture’s ability to provide consumers with plentiful, safe and affordable meat and poultry products will focus on the use of antibiotics in animals raised for food.

And it also appears to me that the information being provided through media outlets is not designed to inform, but to misinform and play on the public’s lack of detailed knowledge about the use of antibiotics in animals raised for food.

And it also appears to me that the main thrust of the attack will be eliminating the use of antibiotics needed to maintain healthy animals in Concentrated Animal Feeding Operations, or CAFOs.

Eliminating antibiotics to control or prevent infections in our herds and flocks will eliminate many CAFOs and drive up the cost of protein to the point where many will have to look elsewhere for this portion of their diets. And many opponents of the use of antibiotics in animals say: “And that would be a good thing.”

So is the agenda to protect me from multi-drug resistant bacteria, or is it to reduce the amount of animal products we consume?

To try and answer that question I want to supply the readers with some facts, facts that I will provide links for and can be repeated time after time as the truth, if anyone cares to listen to you.

First of all, a statistic often repeated by the crowd calling for change is that 80 percent of all antibiotics sold in the U.S. are used in animals.

The 80 percent number is meant to be a distraction from the real truth.

In truth, the numbers posted on the FDA’s website, titled 2010  SUMMARY REPORT on Antimicrobials Sold or Distributed for Use in Food-Producing Animals, are in total kilograms of drugs sold.

The listing is not indicative of what the antibiotics were used for, nor is it an accurate reflection of illnesses treated vs. prevented, etc.

For instance, a 2,500 pound prize bull with pneumonia is going to be treated with a much larger dosage of an antibiotic than an 8 pound newborn with the same bacterial infection.

But the numbers are the best we have for animal antibiotic use, so I will be using them today.

For human use of antibiotics, the same caveat about weight applies. The antibiotic numbers sold for human use that I will use for this discussion come from a letter to Congresswoman Slaughter from the FDA dated April 19, 2011, citing the IMS Health, IMS National Sales Perspectives data Year 2009.

According to the FDA report, 28 percent of all antibiotics sold for animal use in 2010 were Ionophores.  Ionophores have never been approved for use in human medicine.

The largest class overall of antibiotics sold or distributed for use in animals in 2010 was the tetracycline class.  This class accounted for nearly 42 percent of total sales.

Tetracycline use in human medicine comprises about 1 percent of the total amount sold based on weight. Tetracycline used to be widely prescribed, but is now limited in use to treating the sexually transmitted disease caused by Chlamydia, Mycoplasma infections and Rickettsial diseases like Lyme and Rocky Mountain Spotted Fever.

For these illnesses, there are antibiotics far superior to tetracycline. These other antibiotics, generally in the class called Macrolides, are the first line of therapy.

So the FDA statistics show that 87 percent of antibiotics used in animals are either never, or very rarely, used in human medicine.

The reason for this disparity is that the FDA has already used its regulatory authority to limit these two categories of antibiotics to full therapeutic use to treat disease states in animals, limiting bacterial exposure to these antibiotics of critical importance to human health.

So when you read a report funded by the Pew Charitable Trust, or Consumers Union, stating that they found Salmonella sp. bacteria resistant to Cipro (a fluoroquinolone), where do you think that resistance came from? From the 11,000 kilograms used in animals, or from the 304,741 kilograms prescribed to treat humans?

Speaking of resistance in bacteria, penicillin was discovered in 1943; by 1950, just 7 short years later, 40 percent of all Staph isolates from US hospital intensive care units were resistant to penicillin. By 1960 that number was 80 percent.

Methicillin was discovered in 1959. In 1960 the first case of methicillin-resistant Staphylococcus aureus (MRSA) was found in England.

CAFOs did not contribute to this rapidly developing resistance. Human use did.

What about the other antibiotics of importance to human medicine, like penicillin and the aforementioned macrolide class? (An example of a macrolide, by the way, is the infamous Z-Pack, a front line drug for sinusitis and community acquired pneumonias, utilized in the past by many who will be reading this). It is on these drugs that I think the discussion should be focused, realizing that the great majority of antibiotics used in animals are of little or no importance to me as a physician or grandparent, and that the two critical categories I mentioned above are already tightly regulated.

And the area of use that needs discussed is in the promotion category.

Congresswoman Slaughter’s PAMTA act and the proposals from many other organizations, well intended or not, would eliminate all antibiotic use in animals except for the treatment of actual infections, even though 87 percent of antibiotics used are not critical to your and my health.

Before anyone espouses such a radical change in policy, they should carefully review the statistics that followed Denmark’s broad restrictions of antibiotic use in animals. The total amount of antibiotics prescribed for treating animal infections is up, and animal mortality is also up.

When one treats an infection, not all the bacteria are always killed. Some survive by mutating and becoming antibiotic resistant.

I ask the question, “What produces more resistant bacteria – treating major infections with large dose, long term antibiotics, or with short term, low dose antibiotics to prevent the bacteria from multiplying in the first place?”

I don’t have the answer, but someone had better find it before they potentially create an even worse problem through bad policy.

Because the FDA page does not clarify how many antibiotics are used for each category, we can only guess. And the best guesses I’ve seen come from the Animal Health Institute.

AHI estimates that somewhere around 12-15 percent are used in the growth promotion category.

Appropriately, this is where the FDA is focusing its latest efforts to keep our antibiotics working.

In June 2013, the FDA released its Guidance for Industry (GFI) 209, draft GFI 213 and the Veterinary Feed Directive proposed rule.

These documents provide principles limiting the use of “medically important antibiotics” to judicious use only, translated means for prevention, control and treatment.

Injudicious use of these antibiotics important to human medicine would be for performance (growth promotion), would voluntarily cease within three years and would be accompanied by a marketing status change from over the counter to prescription only.

The Infectious Diseases Society of America (IDSA), comprised of Infectious Disease specialists who consult on the most seriously infected patients, sent written testimony to FDA regarding the new Guidance for Industry documents, saying:

“IDSA commends FDA for moving forward with measures to encourage judicious use in animals of antimicrobials important to human health.”

A key caveat here is that the FDA is calling for this to be a voluntary change by the pharmaceutical industry and the men and women who grow our food-producing animals.

Many are not happy that the FDA did not take bigger, more aggressive steps.

Me personally, I think this erases my concerns – if industry and agriculture step up to the plate big time.

If they do not, we will hear even louder voices calling for a near total ban on antibiotics used in food-producing animals. And we may see the baby thrown out with the bath water.

Political pressure and political responses may produce change by legislation, not by rules and regulations, and there is a very important difference in the two methods of creating change.

When rules and regs are written in this country, they are usually written after lengthy debates and discussions amongst all parties, including scientists who review the facts.

Once written they are posted in the Federal Register with a 90-day comment period during which every American can say what is good or bad about the proposal, just as the IDSA did.

They are then either sent to OMB (The President) for review and approval or rejection, or they are rewritten based on the comments.

Two years to fruition is a fast tracked rule or regulation in this slow, deliberative process.

Legislation is often written behind closed doors, or appears as an amendment suddenly tucked onto a bill that simply must be passed, like an omnibus budget bill.

We saw that kind of political silliness when Congress moved catfish inspection over to the USDA in 2008.

I know which one I prefer, especially after having participated in both.

(For Truth and Transparency, I want the readers to know that I do some consulting on food safety and public health for Elanco, a marketer of antibiotics, but have not been in contact with them about this Op-Ed. These are my opinions, and mine only. I was asked by FSN to write this, but was not told what to write. The only compensation I will receive for my time and thoughts will be a donation to the National MS Society in the form of support to my Daughter’s MS Walk team, Brooke’s Believers. Want to help find the cure? Contact me.)

(Second disclaimer: I practiced medicine in Nebraska for 27 years before entering public service. I, like most of my peers, over-prescribed antibiotics, thus contributing to the problem at hand.)

Published with permission courtesy of http://www.foodsafetynews.com

Think organic food is better for you, animals, and the planet? Think again4 min read